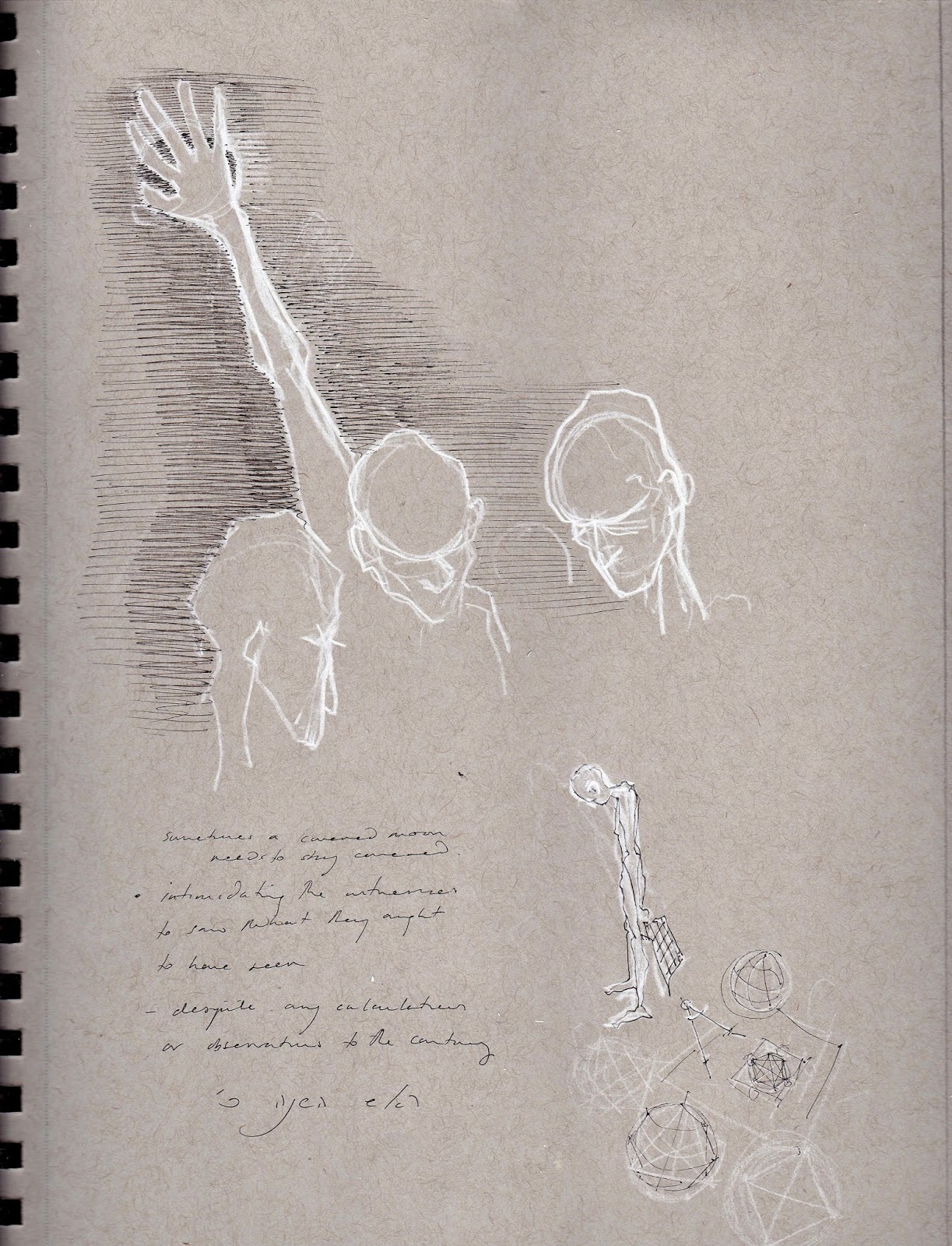 sometimes it is more convenient for the moon to stay covered. no matter what anyone thinks they have seen.

intimidating the witnesses in their testimony about the new moon to say what they ought to have seen, according to the court's private calculations. despite any calculations or observations to the contrary.

(the new moon needs to be witnessed for the court to declare the month. but some months need to tweak it so that there will be a weekday in-between the shabbat and festival day - for the sake of fresh vegetables and that bodies that need to be buried. the court have their own calculations about the 24 hours when the moon is not visible, how much of it belongs to the old month, and the new month, night and day. Shmuel claimed he could calculate the calendar, but his calculations were lacking the secret of additions that the courts had. btw - as well as doing this draw yomi, I have also been doing a omer counting by drawing. this year was about the poetry of numbers. it got a bit geometrical, and I learnt that the word 'geometry' means 'earth measurement')
Posted by Jacqueline Nicholls at 00:32