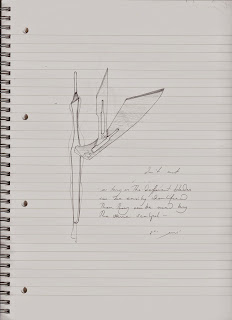 as long as the different blades can be easily identified then they can be used by the same scalpel.

(Beith Hillel and Beit Shammai disagree about a woman who has done halitza if she can marry a priest. they would inform each other of the status of who the other would not permit. but this is describes as making a cut, which is forbidden to have such different halachic practices. the "do not cut" is about not cutting oneself as a sign of mourning)
Posted by Jacqueline Nicholls at 09:40