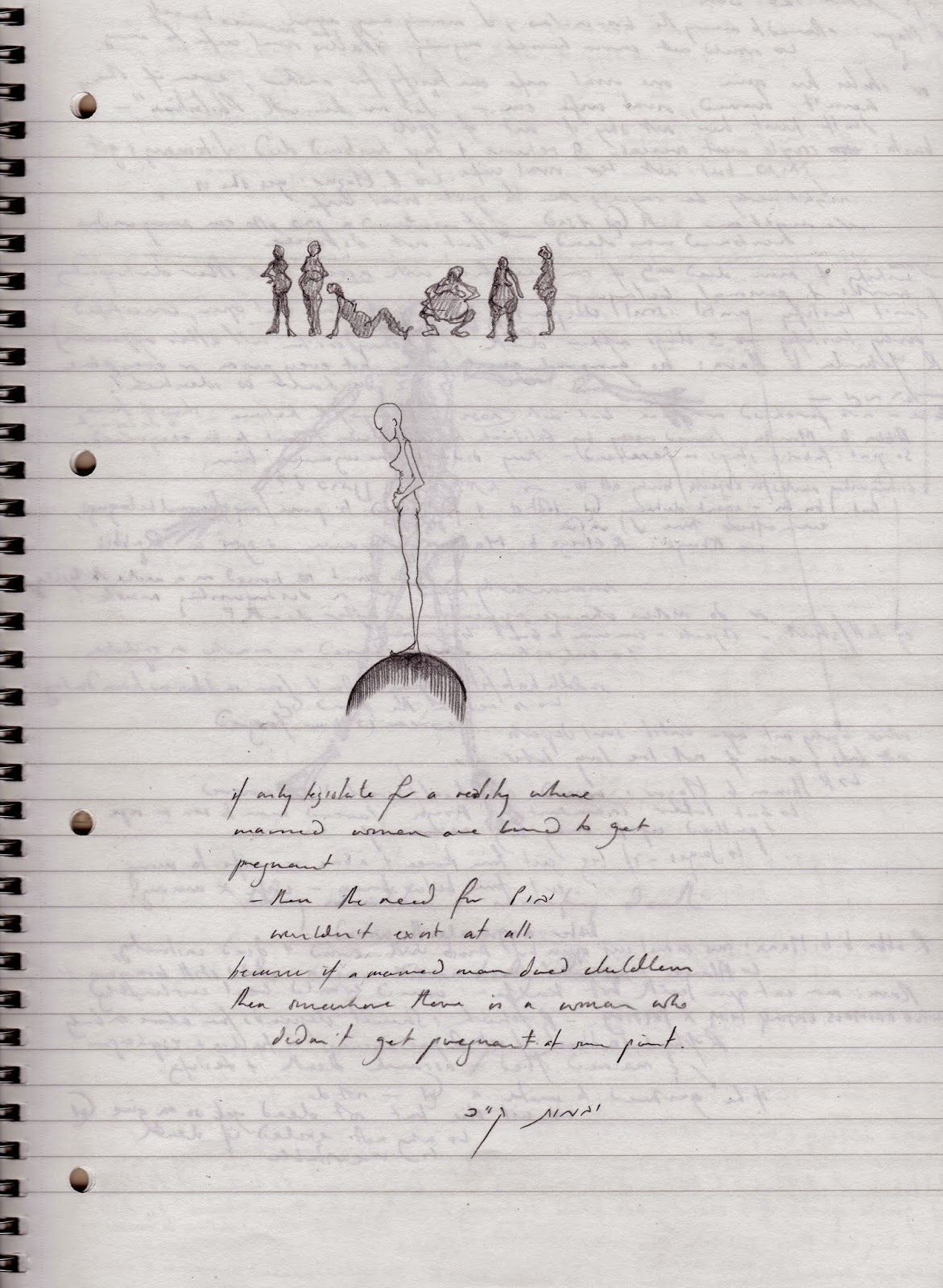 if only legislate for a world where married women are bound to get pregnant, then the need for levirite marriage wouldn't exist.
because if a married man died childless, then somewhere there is a woman who didn't get inevitably pregnant at the right time.

discussed on this page is the case of a couple going overseas, but leaving a wife behind. The message comes through that the man has died. Should the widow wait to hear if her rival wife, the one accompanied him abroad, is pregnant. and then won't need to do yibbum and therefore. can marry anyone? she's in a difficult situation, can't marry the yavam, and can't marry anyone else. Discussed is the assumption that the majority of women get pregnant, and don't legislate for minority cases.
Posted by Jacqueline Nicholls at 10:38