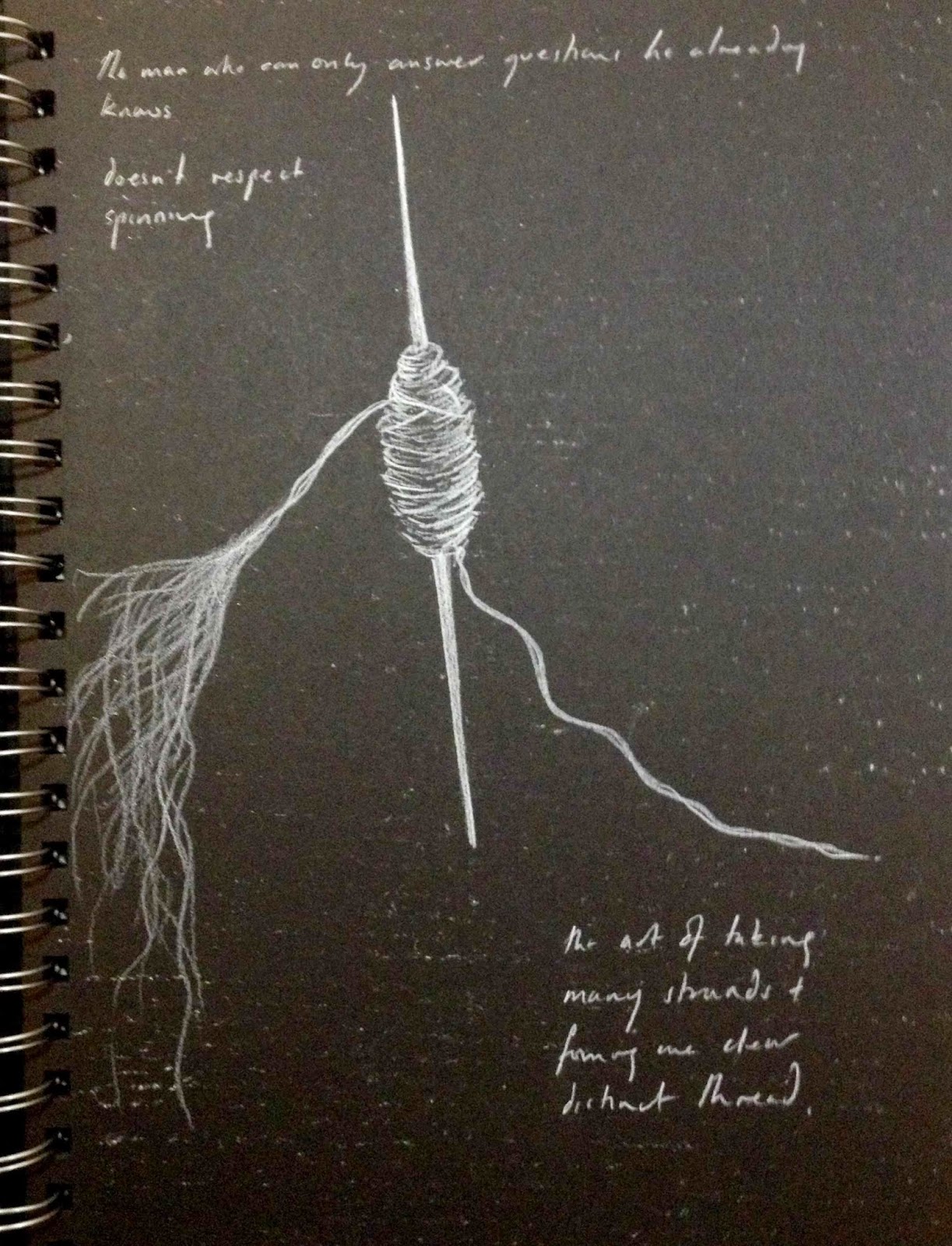 the man who can only answer questions with answers he already knows, doesn't respect spinning.

the art of taking many strands and forming one clear, distinct thread.

R. Eliezer is asked various questions by students, but instead of answering them straight. or saying "I don't know" - he chooses to answer them in a way that would make them embarressed to be asking such a question in the first place. His behaviour is explained that he only repeated torah that he had been taught by his teachers, not new situations and questions.
He is then asked by a Matronita about the different punishments meted out in the incident of the Golden Calf. R. Eliezer just dismisses her, saying that a woman's wisdom is in her spinning....
Posted by Jacqueline Nicholls at 02:43