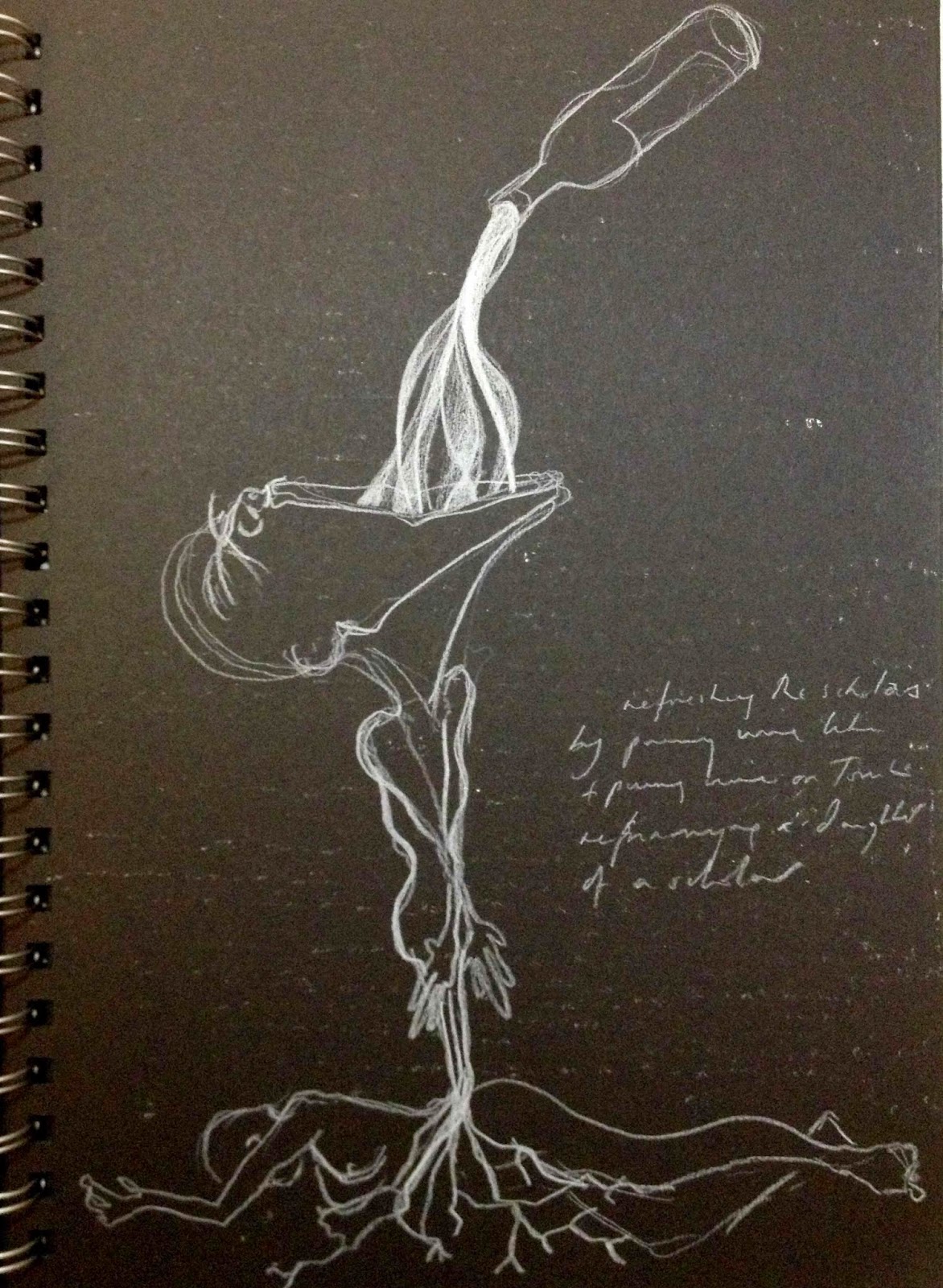 refreshing the scholars by pouring wine down their throat like pouring wine in the Temple.
to revive the weak feminine bodies of the scholars, until they think their masculine scholarly Torah.
but if their children don't become scholars. then start again, marry the daughter of scholar. through her feminine body, the torah will be returned.

(contradictory statements about women - weak or strong? On the one hand the male scholar is like a weak woman until starts to engage with Torah. And on the other hand, the remedy if one's children are not developing in to Torah scholars is to begin again. this time, marry the daughter of a scholar and have children with her....)
Posted by Jacqueline Nicholls at 02:45