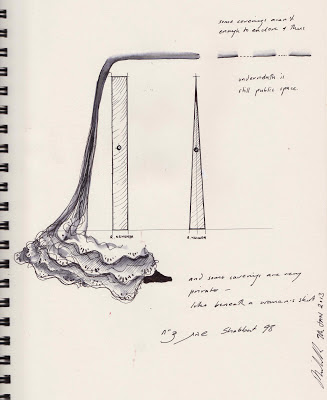 some coverings aren't enough to enclose, and so underneath is still public space. (boards on wagons, with gaps between the boards)

and some coverings are very private.
as private as beneath a woman's trailing skirt.

(the discussion about the shape of the mishkan's boards, it effects the way the curtains were draped over the board. The mishkan is described as being like a woman's skirt trailing in the marketplace. for english translation of this talmud page, see here)
Posted by Jacqueline Nicholls at 12:09