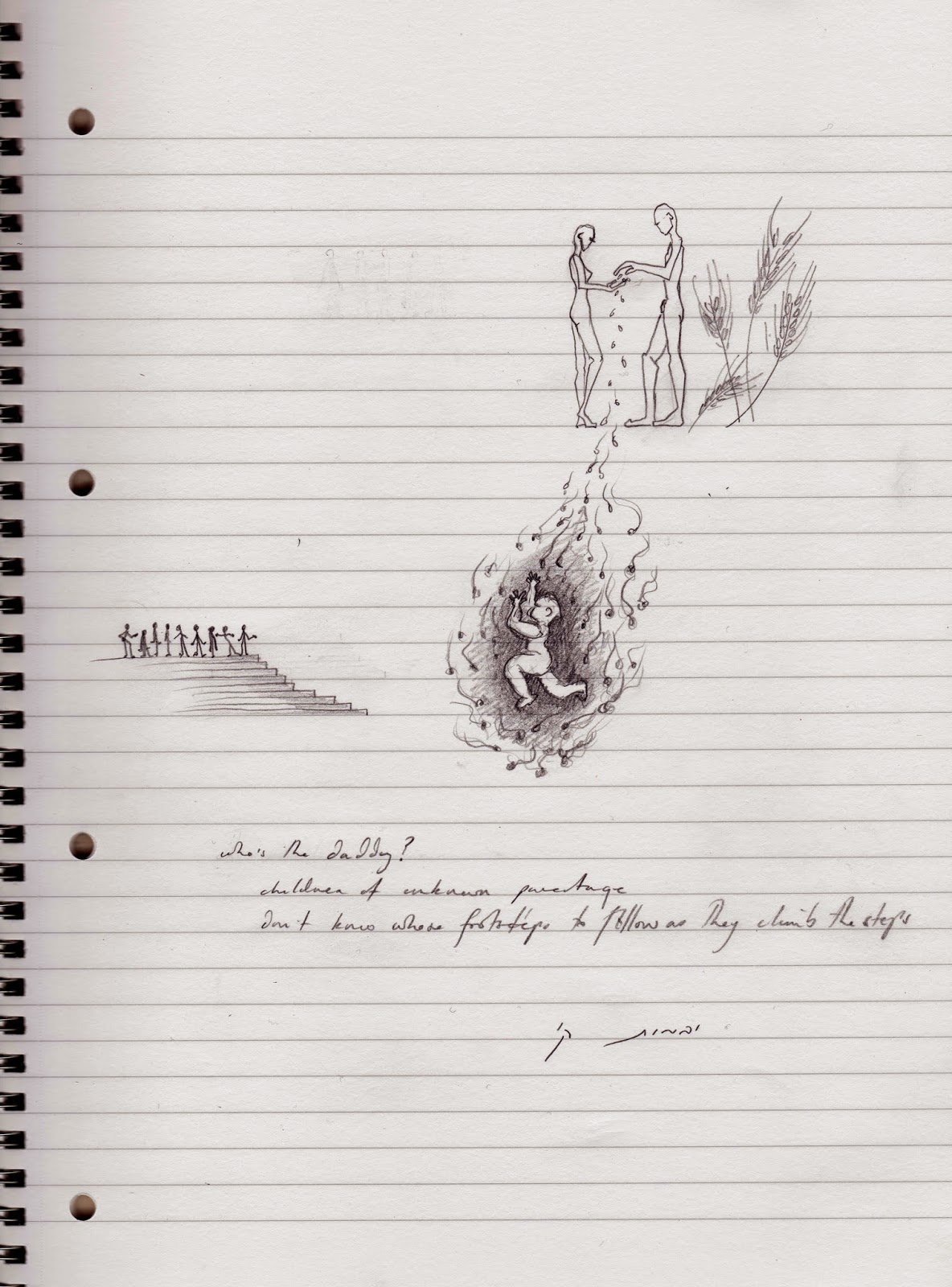 children of unknown fathers don't know whose footsteps to follow as they climb the step.

different cases of uncertain lineage, but priests need to know their lineage to know which priestly watch to follow in the Temple rota. the case is a woman who sleeps with one of ten priests, so don't know who the father is but it is definitely a priest. Also on this page is the suggestion that a woman does not go to the granary to collect the terumah, priestly portion, as it might lead to her being alone with the granary worker. and who knows what else would be exchanged....

so, she slept with one of 10 priests. not sure who... but the son is definitely a priest - but which priestly family? that is the case. - just ask her who she slept with doesn't come up... Its about defining the legal parameters of doubtful situations. but when discussing hypothetical situations like this, it is doubtful that it just neutral wrt reality and how to treat non-hypothetical women and their sex lives.
Posted by Jacqueline Nicholls at 20:24