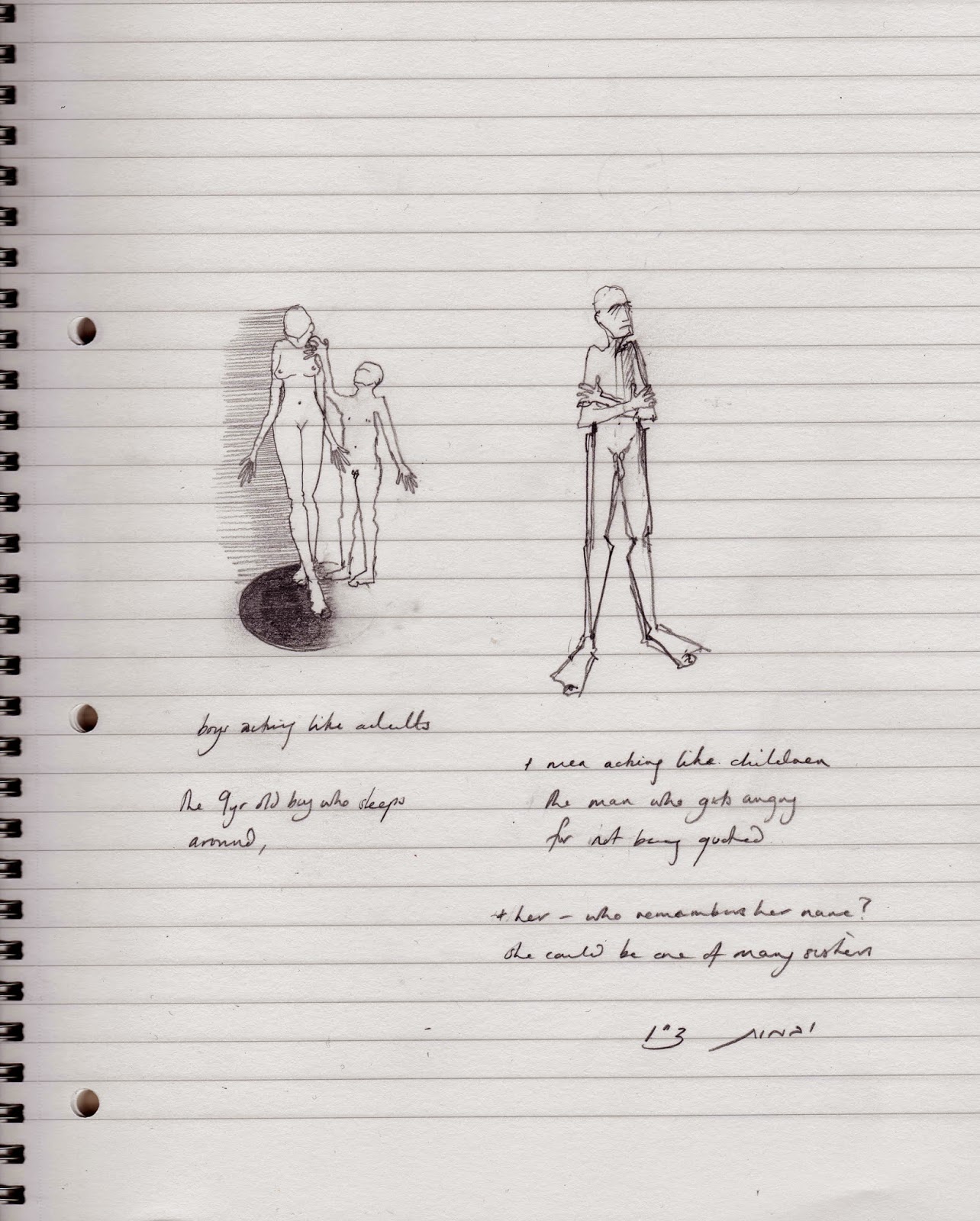 the 9yr old boy (+1 day!) who sleeps around but doesn't settle down
& the man who has a tantrum because his name wasn't mentioned.

and her? who remembers her name?
she could be any one of many sisters and step-sisters

discussed on this page is how significant is the sex life of a 9 yrs (and a day) old boy. If he sleeps with his dead brother's widow, in leverite marriage, he has not married her. because minors can't marry... Also on this page is a story about R. Yohanan losing his temper, getting very angry because his student didn't quote teachings in his name. There are a couple of attempts to calm him. One of which involves telling of a pair of rabbis who got so angry with each other, they tore a Torah scroll. To add to the absurdity of this page, the whole page begins with a strange situation in the mishna, which one hopes was hypothetical, a man marries a chain of step-sisters, after hearing that each one has died. but gosh - they all turn out to be alive.... you would think that wife no. 4 or 5, after hearing that his ex-wives all mysteriously died without a body/funeral, they would think twice about marrying this perennial widower.

Posted by Jacqueline Nicholls at 02:49