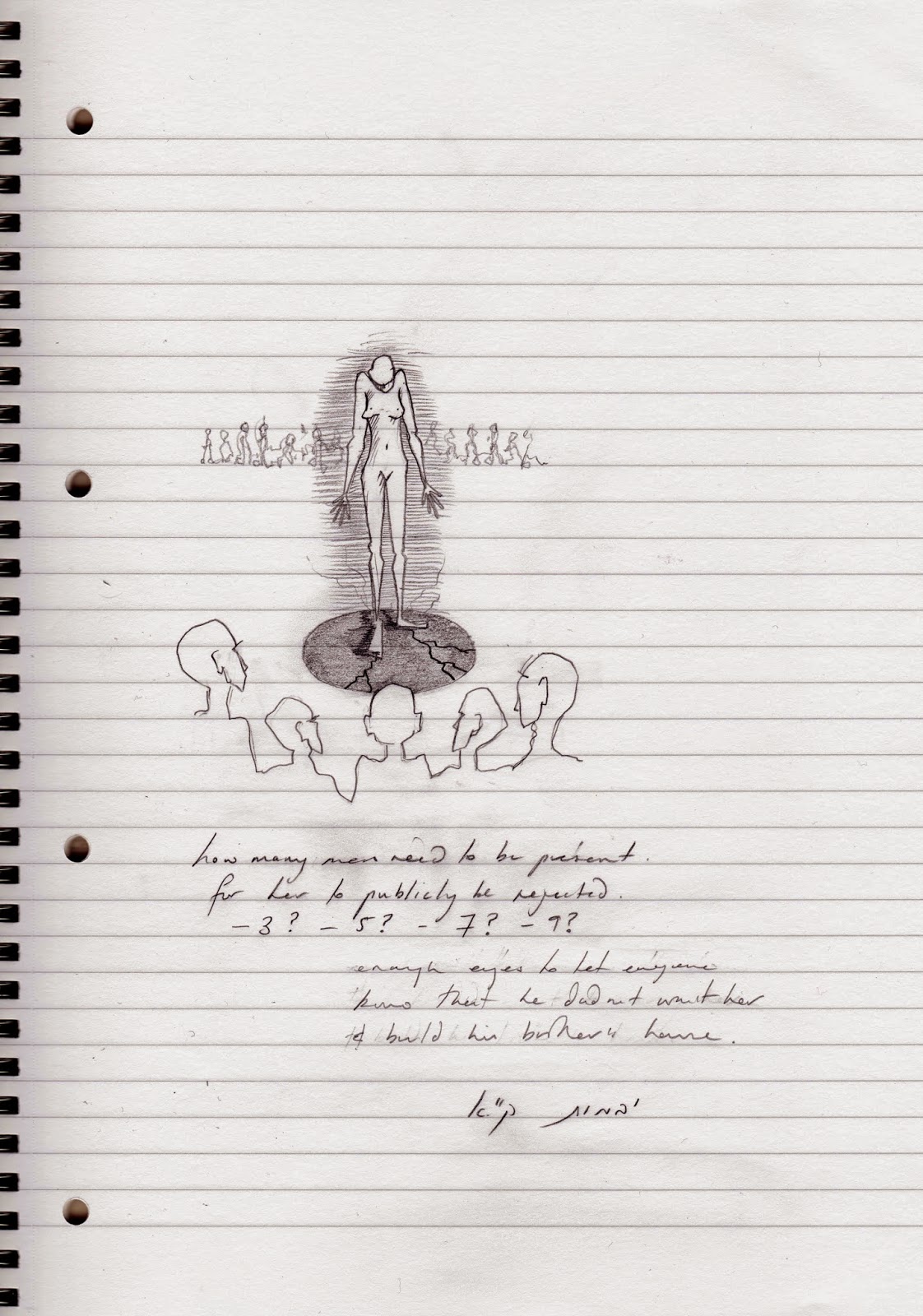 enough eyes to let everyone know that he didn't want her and build his brother's house with her.

this page starts a new chapter which discusses the ceremony of halitza. the ceremony that is performed when the leverite marriage isn't going ahead. It involved her removing his shoe and throwing it, and her spitting... but it is his decision not to marry her. so really, it is her being rejected. It has to be done in front of The Elders. This page tries to define the number of men needed be a group of Elders. I know of a woman who had to do this ceremony and was forever traumatised by it. She was a young grieving widow, and did not want to marry her brother-in-law. But she also didn't want to spit at him and be a public spectacle as yeshiva guys piled in to watch. It is a very unusual ceremony to still happen. But it does still happen...
Posted by Jacqueline Nicholls at 08:04