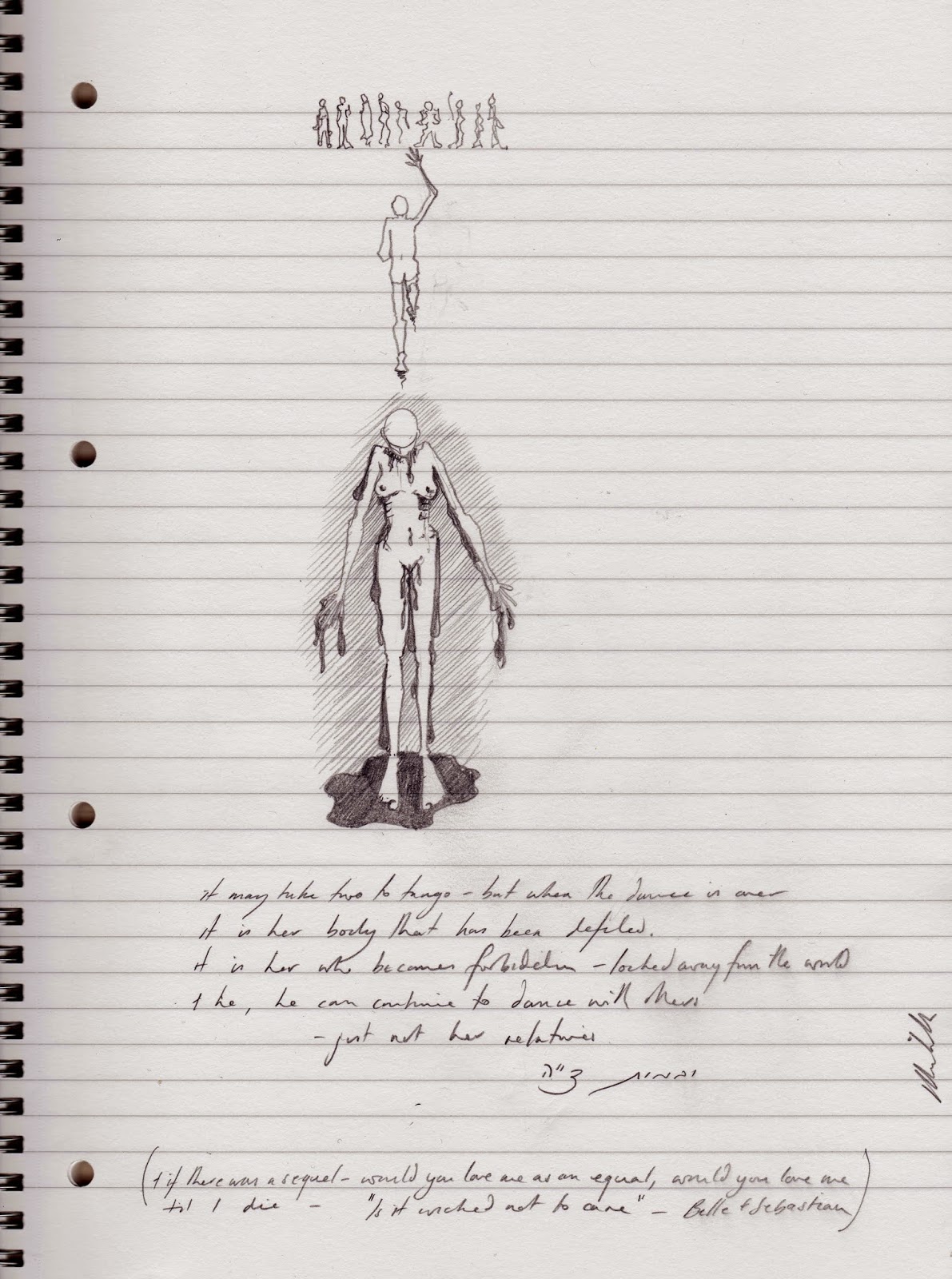 it may take two to tango, but when the dance is over, it is her body that has been defiled.
it is her who has become forbidden - locked away from the world.
& he...? he can continue to dance with others who are not connected to the tainted one.

The women are described throughout as being defiled by illicit sex, and have the status of forbidden or not forbidden. She carries that label.... just writing this up to explain the drawing, makes me want to say SEE! THIS is why I don't want to upload these drawings...

As I was drawing, thinking about the imbalance in the Talmud in the consequences of a sexual relationship, this lyric came on the radio:

and just the very title sums up my attitude to wanting to disengage from these problematic text, refusing to follow the logic of intermingled relationships of who is forbidden to whom. and resenting the fact that I can actually follow it.... grrrr..... I want to not care...
Posted by Jacqueline Nicholls at 02:01