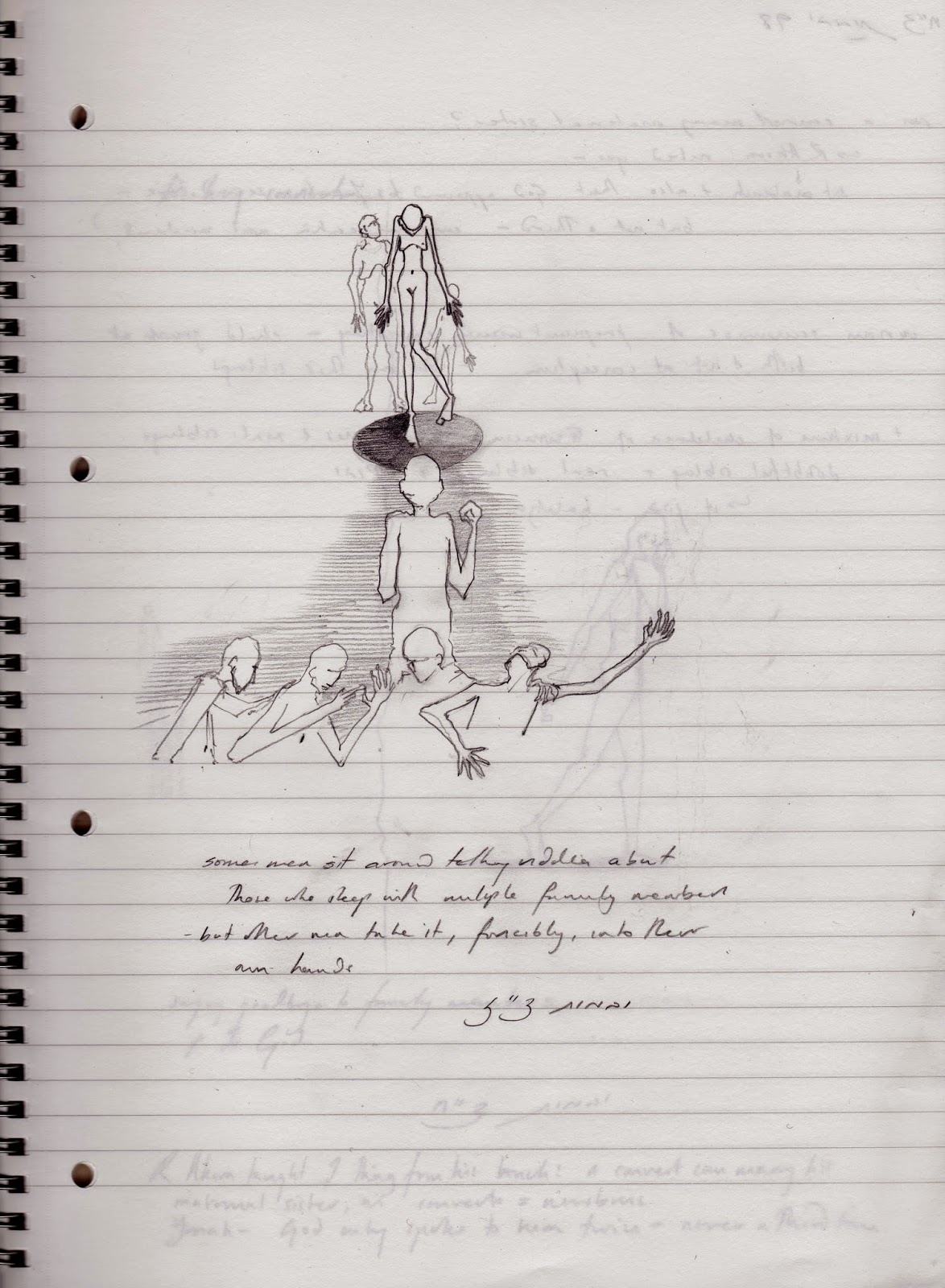 some men sit around telling riddles about those who sleep with multiple family members.
but other men take it into their own hands. forcibly.

this page discusses various scenarios of how one's daughter could end up being one's aunt etc. except it isn't about "one's" but they talk about gentiles being involved in various incestuous situations. not jews... earlier in the page it discusses a man who rapes a woman, is allowed to marry her daughter, or mother, or sister. who would be considered forbidden sexual partners if he had married and not raped the women...

(you could argue that these are just hypothetical situations, extended to absurdity to define the limits of the law - what is the sexual act in terms of bonding a man and a woman together. but my discomfort in reading these hypothetical situations, and the games and riddles of those non-jews, is not hypothetical.  They betray attitudes that are so jarring to a 21st century reading. But racism and sexism still exist... )
Posted by Jacqueline Nicholls at 01:29