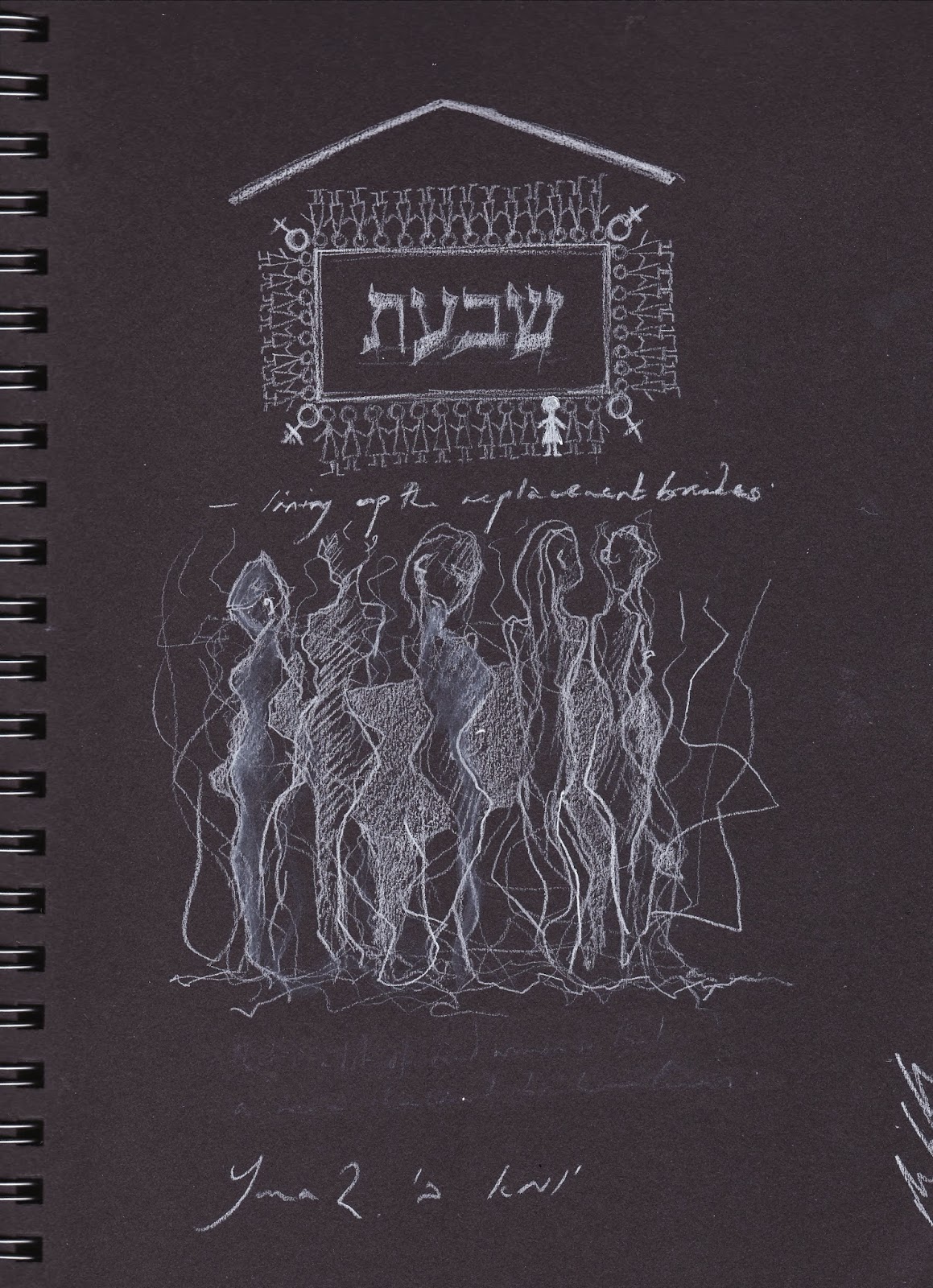 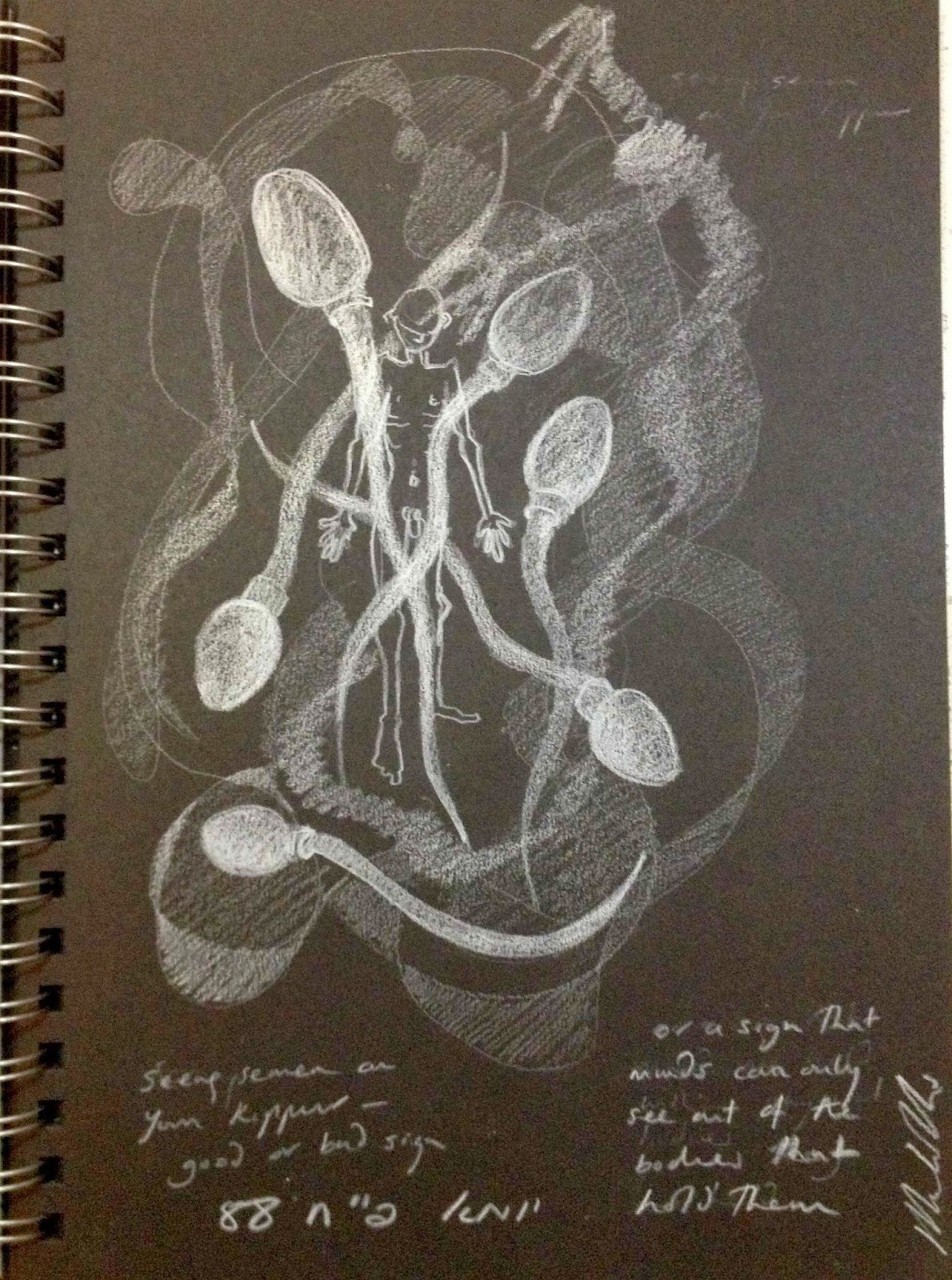 Yoma, this part of the talmud that deals with the temple service of Yom Kippur, the Day of Atonement. one of the more serious moments in the calendar. And, for the High Priest, one of the busiest. More offerings than usual, that all require his involvement. And all the vessels, garments, animals, etc that need to be in the right place, at the right time, unblemished and pure so that they can be used, in the right order, at the right part of the temple.

and part of that etc is the High Priest's wife. She is an essential part of the proceedings. sort of. The opening page of Yoma states that the High Priest must always be married, and not single, when he makes the confession for his "house" (house = wife). The situation of the wife suddenly dying on Yom Kippur, leaving the High Priest a widower and single, without a house, is discussed. The solution - have substitute wife ready in waiting. Much like there is a substitute High Priest, should anything happen to him on the big day.

Yoma ends with the rabbis discussing seeing semen on Yom Kippur - if that is a good or bad omen. (it's a good thing) A sign that all your sins have been forgiven! If you survive the year, then means guaranteed place in the World to Come! (no sniggering) A sign that you will have a long life! Hurrah! Whilst part of me understands that Yom Kippur, the Day of Atonement, is about providing a structure to atone, to make amends when things go wrong. Slip ups, errors, mistakes, accidents happen. And here is a structure where that can be ritually acknowledged and repaired. And so a potential embarrassing, shameful accident - a man ejaculates on this day where sex is not permitted, the rabbis are turning it around and reassuringly say - it's ok.....

Yoma begins with the woman being like a temple vessel. necessary, but an object. It is not that High Priest should be in an intimate relationship with another before performing these rites to come close to God. But he needs a house. any house. (it is debated that should his wife actually die, is he allowed to mourn her... ) Questions not asked are: what is the status of the substitute wife after Yom Kippur should wife no1 not die. Although what happens to the substitute High Priest after Yom Kippur is discussed in this mesechet. a lot. What happened to the women? and what did the women feel about the situation - if they felt shame, or rivalry, the way the High Priest and his deputy are described as feeling - that is also not discussed.

and Yoma ends with men talking about their bodies, a fascination with the white sticky stuff that comes out of their bodies and glorifying it. Male virility and vitality.

of course I am going to focus on the women. Because I am a woman. and I cannot help but see the world through the eyes that are in this woman's body. This is not a gender neutral world, but in my interactions, my identity as female is out there. it is no secret. It shapes how people see me, treat me, expect of me, and how I see and treat them. it is impossible to truly escape from this gendered perspective. And looking back at the last page of Yoma, the rabbis in the talmud certainly didn't. They are having a male conversation about a man's world. They are limited by their biology just as much as women. They see the world with eyes in a masculine body.

yes, I am having a bad week and this ending of Yoma didn't help. it wasn't a happy finish for me. There is just too much nonsense floating around at the moment about seeing women's participation in Torah life as threatening. Mesechet Yoma has left me wondering why we are trying to engage with a conversation that very clearly we are not meant to be part of......

and my scanner/printer is broken and so these last 29 drawings were uploaded late. Many apologies to those who are trying to follow this blog.

So goodbye and good riddance to you Mesechet Yoma. I am not going to be learning you again in a hurry. And I am dreading other sections of the Talmud that might be worse.... I may be ranty, deeply ambivalent about this project, and have unreliable technology. But I am not giving up on this daf yomi project yet. I am tenacious....

So, onwards to Mesechet Succah.
Posted by Jacqueline Nicholls at 03:38