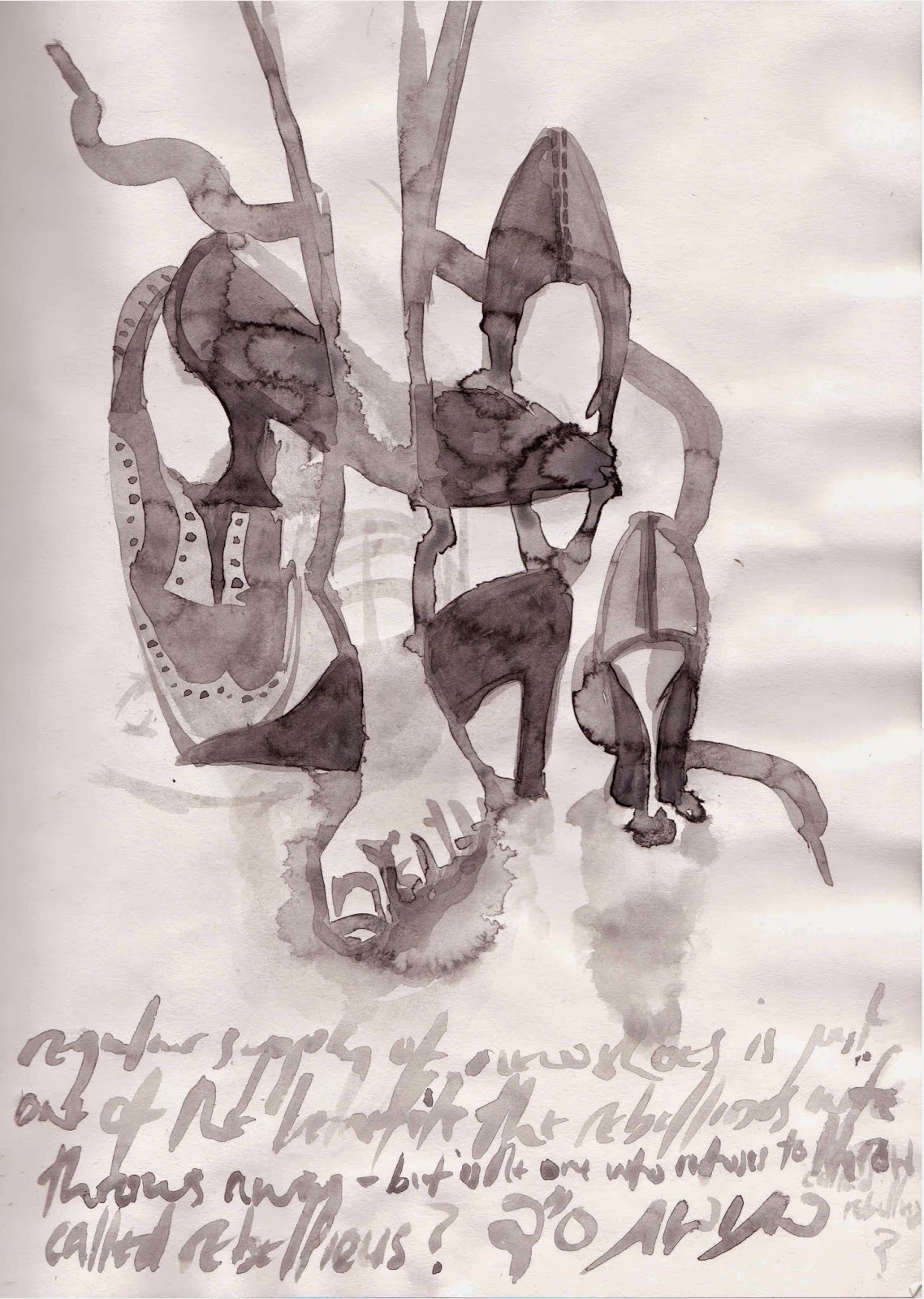 regular supply of new shoes is just one of the benefits that the rebellious wife throws away.
but is the one who refuses to throw shoes called rebellious?

this page describes that a rebellious wife's divorce is delayed for 12 months, during which time she does not receive her regular sustenance from her husband. It is debated if a widow who refuses to do the halitza ceremony, which involves her removing and throwing his shoe, is given the tag 'rebellious.' Also on this page is the mishna which describes the allowances and sustenance that a husband must give his wife. Including new shoes every festival. Happy Peasch!
Posted by Jacqueline Nicholls at 16:29