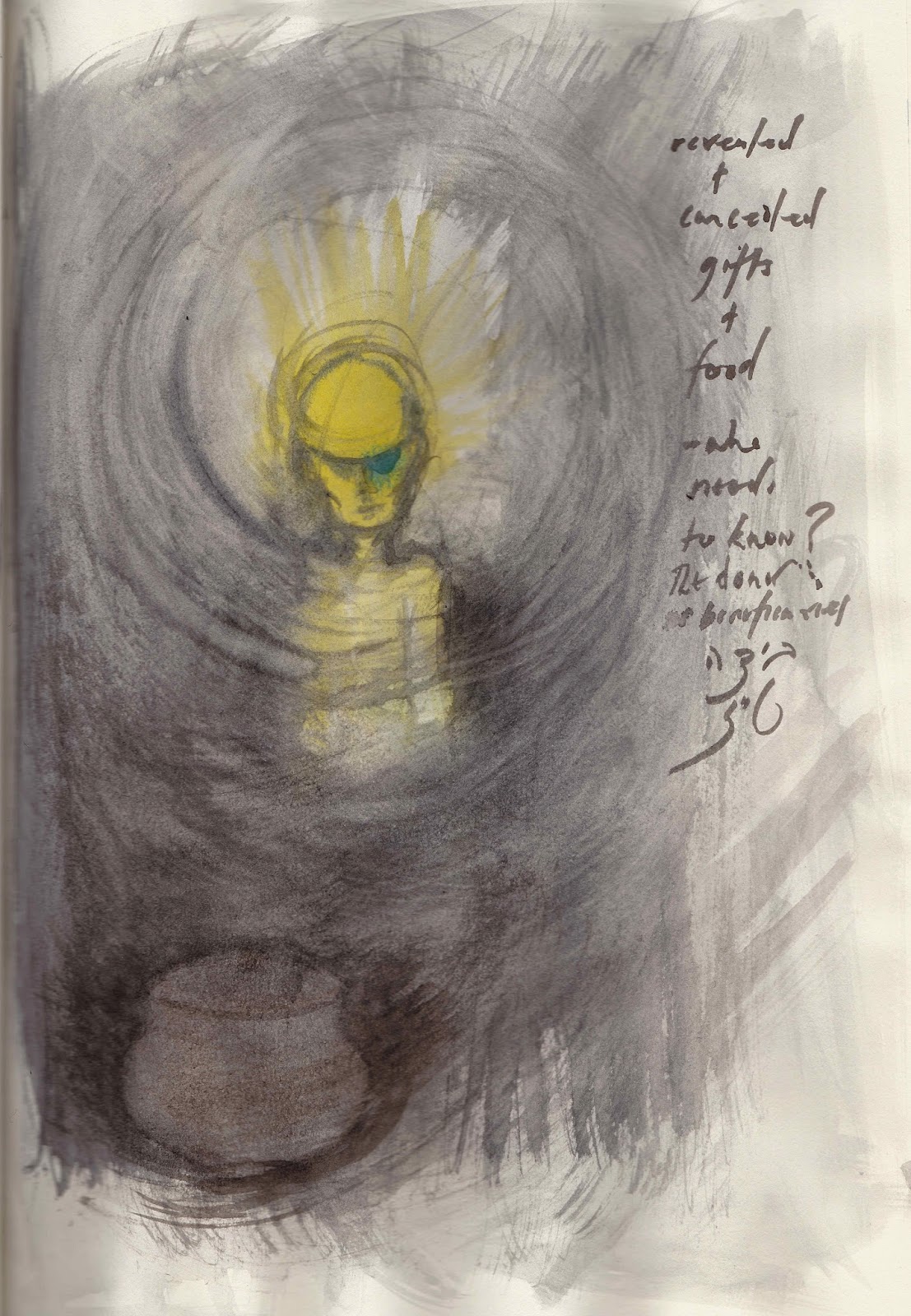 who needs to know? the donor or the recipient?

(can a gift be anonymous? the example of shabbat as a known gift from God is compared to Moses not knowing his God-given gift of a radiant face. the secret gift will eventually be revealed. also discussed is the case of gifting a small child with food and then daubing blue on the the child's eye so the mother will ask who has given to her child - it's a little creepy. the talmud says: Witchcraft! to paint eyes. I think it is creepy in other ways - later in the page the case of eruv tavshilin is discussed, if the person who makes the eruv if they need to know who they are preparing this for)
Posted by Jacqueline Nicholls at 14:58