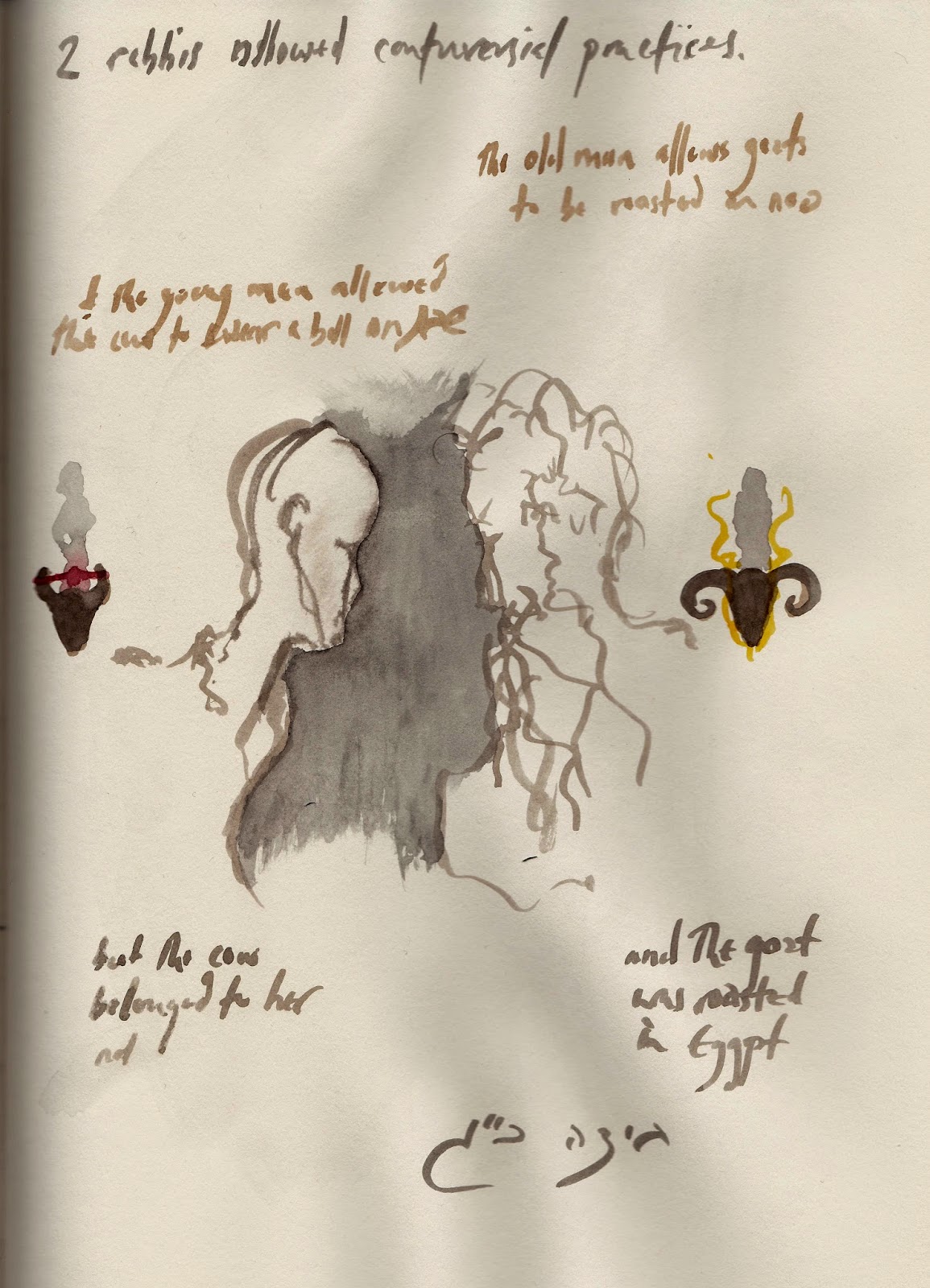 (two different discussions. one about the various things that Rabban Gamliel permitted but the Rabbis prohibited, including this allowance of having a whole roasted goat on pesach. the rabbis prohibited as it may look like people were eating the pesach sacrifice that could only be eaten in the Temple during temple times. The other discussion is about things that R. Elazar b Azarya permitted but the Rabbis forbade. Including the case of his cow wearing a bell between it's horns on Shabbat. But the discussion that he had many cows, that this particular cow belonged to his neighbour and by his not rebuking her it becomes his cow as it looks like he permits this. what is interesting about these 2 seperate discussions is that R. Elazar b Azarya replaced Rabban Gamliel as the head after he was deposed in a rebellion in the study hall.)
Posted by Jacqueline Nicholls at 08:13