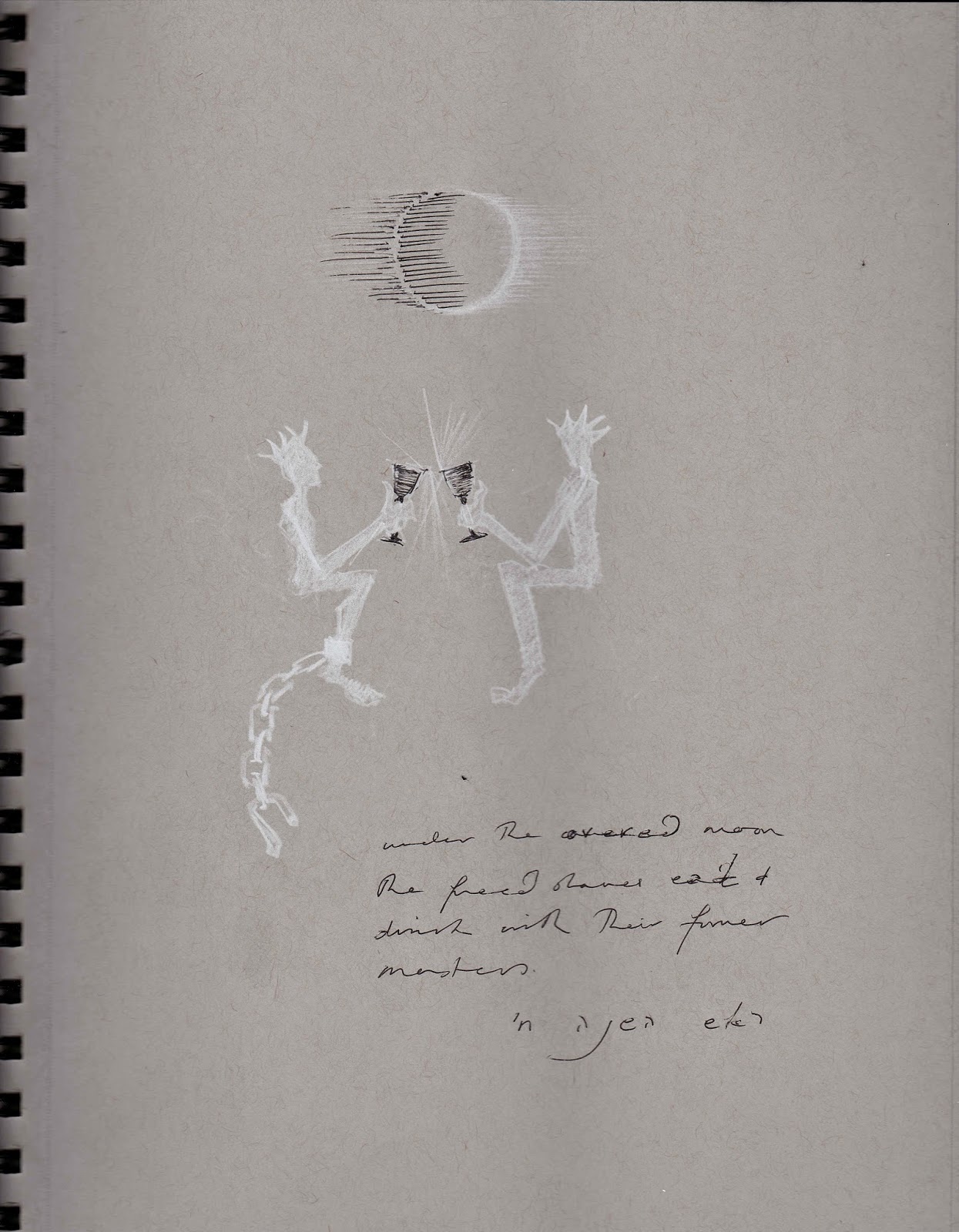 under the covered moon the freed slaves eat and drink with their former masters.

(even though the Jubilee year begins at Rosh Hashana, the slaves don't go free until the shofar is blown at the end of Yom Kippur. In between Rosh Hashana and Yom Kippur the former slaves eat and drink with their former masters with crowns on their heads. Rosh Hashana is described as the festival where the moon is covered)
Posted by Jacqueline Nicholls at 00:50