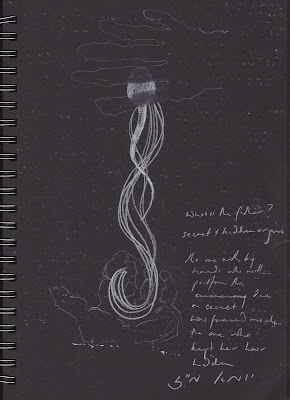 who is the father?
secrets and hidden organs.

the one with big hands who will perform the ceremony in secret was formed inside the one who kept her hair hidden.

(Kimchit said she merited to have 7 sons, all of whom became High Priests because she covered her hair indoors. One of her sons had extra big hands, as the greatest of the sperm congealed within her womb. in all these stories one fact is hidden. who is the father?)
Posted by Jacqueline Nicholls at 00:52