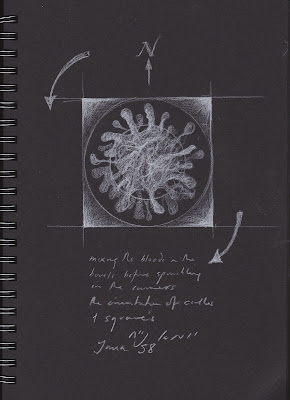 mixing the bloods in the bowls before sprinkling in the corners.
the orientation of circles and squares

(there is one opinion that the bull's blood and the goat's blood was mixed before being sprinkled on the altar. but it is debated how the bloods were mixed. if placing the smaller bowl inside the bigger and allowing the bloods to mix was enough. also discussed is the order and procedure of how the altar was sprinkled at the corners. always turn to the right or not? playing with circles and squares)
Posted by Jacqueline Nicholls at 14:51