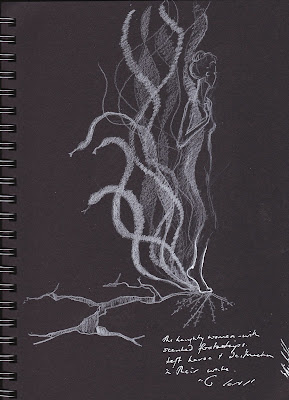 those haughty women, in whose scented footsteps, lust and destruction followed.

(this page discusses the destruction of the two temples, comparing the two generations. the first temple was destroyed for idolatry, immorality and bloodshed. the second for senseless hatred. The immorality is described as haughty women, who would wear a lot of make-up and walk with scent in the feet, that drove the young men wild with lust. Interesting to note though is that this generation were seen by some as greater than the later, of second temple time. Resh Lakish is bathing again in the river, although this time he approached not by R. Yochanan but by Rabbah bar bar Chanina, who was from Bavel and therefore Resh Lakish would not speak to. the Jews of Bavel chose to stay there and not return with generation of Ezra and rebuild the second temple...)
Posted by Jacqueline Nicholls at 18:41