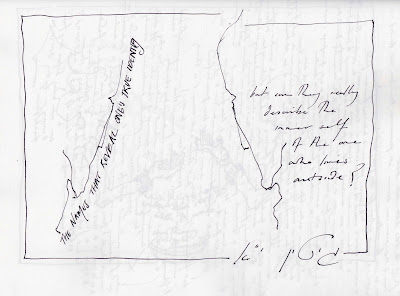 but can they really describe the inner self of the one who lives outside?

if a get was signed by an idolator as a witness, is it valid? If the name is an idolator's name, then yes - as we learnt that the court of the land is binding. But if they are not obvious idolators names, then no. So says R. Yohanan. But argues Resh Lakish, names can be misleading. Sometimes Jews living outside the land, amongst the gentiles, have names that are similar to the non-jews.
Posted by Jacqueline Nicholls at 22:36